skip to main | skip to sidebar

The artists at the gallery really like the card I designed for next month's show at the Melrose Bay Gallery. I like it too. I am finding the black and white art by Sean Sexton and Michael Kemp so refreshing. I am tempted to try it myself. But the sketches I have been doing lately are breaking down what I see in the landscape into basic shapes. I know that I need basic shapes in order to paint. If I were to try black and white I believe I would need to describe the forms more with line. 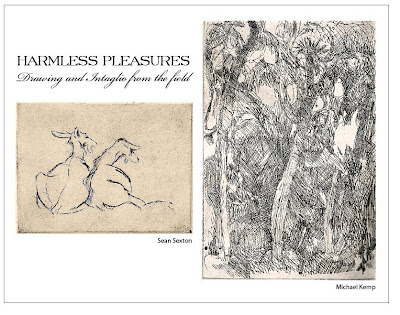 Does anyone have inspirational black and white art to share?

I have been running across Van Gogh's drawings lately and find them just as fascinating as his paintings. He was a genius. Take a look at these links. They are not my favorite of his drawings but they give you a good idea. http://www.vangoghgallery.com/catalog/Drawing/1574/Starry-Night.html
http://www.vangoghgallery.com/catalog/Drawing/867/Cypresses-with-Two-Women-in-the-Foreground.html
Posted by Carol Barber at 8:14 AM No comments:

I am teaching a design class using illustration methods of illustration as an adjunct at Santa Fe College. The first project uses cut paper and color to illustrate an emotion. I got this project from professor Rhonda Peyton and the idea to use a mundane object as the subject matter from Matthew Kelly from Central College. I enjoyed doing this project myself over the weekend as a class example and found using verbal lists to formulate ideas satisfying. The text for the class suggests using verbal lists and I want to try this with my paintings which is why I am posting it here.
I decided to use "haughty" and a chair. I looked up "haughty" in a dictionary and thesaurus. From that I determined I wanted to use shiny papers, "lordly" gold and eventually decided I wanted icy blue for the "cold shoulder" feeling. At first I was going to use black for the background to show sophistication but then I thought that it was too much black and not conveying the mood that I was after. I decided to use the icy blue that I thought about when doing the verbal map. After choosing the background color, I went on the computer and happened to see this image in a newspaper review of a show at the Harn. I was thrilled that my choice of background color was confirmed in this portrayal of the King of Hip-Hop. The artist was after the same "lordly" feeling and come up with the same background.
Kehinde Wiley's "Simon George I" is on display at the Harn Museum of Art. 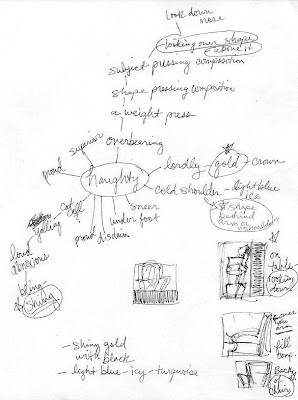 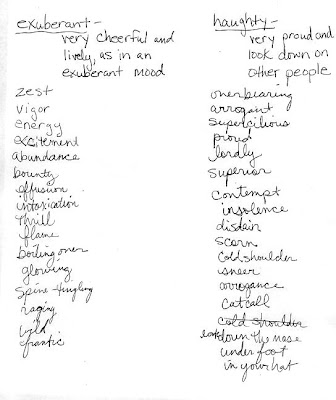 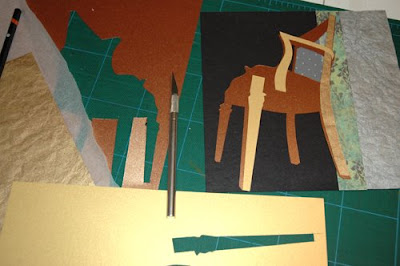 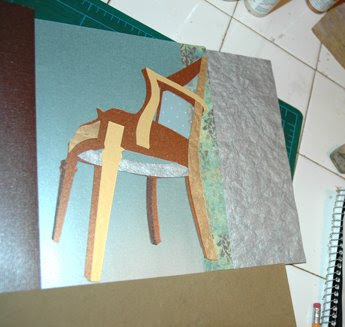 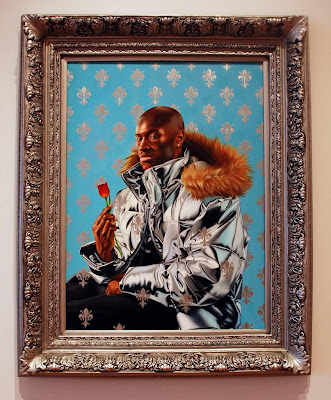 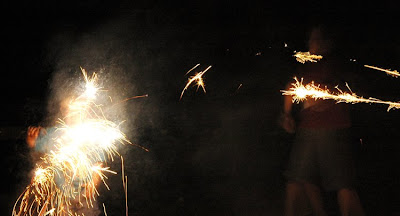 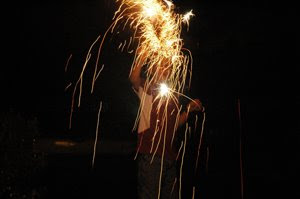 This year more than most, I am ready for a fresh start. There was a saying my girlfriend's Mom had when I was growing up, " bloom where you are planted". That's what I am thinking right now and being thankful for what I have.
Posted by Carol Barber at 10:55 PM No comments:

Carol Barber
Barboursville, VA, United States
www.carolbarber.com Painting for the love of color, the joyous process of layering paint and the inspiration of the wonderful world around us. I have been an exhibiting artist since 2002 and I teach art classes.